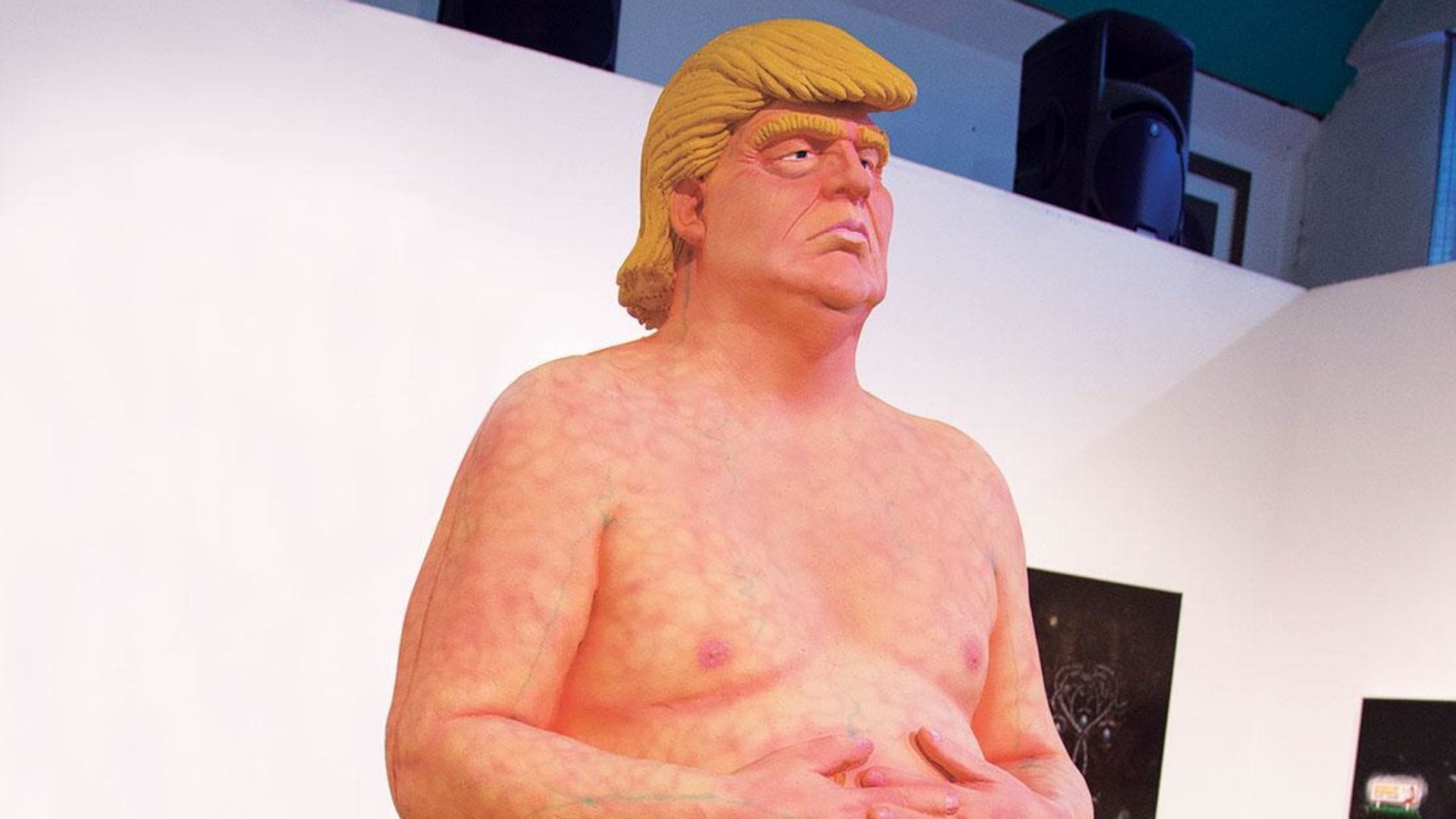 Identical naked Donald Trump statues were recently erected in cities across the United States, shocking and thrilling crowds in Seattle, New York, Cleveland, San Francisco and the City of Angels. Commissioned by the anarchist collective INDECLINE and created by Ginger, a Las Vegas artist, the statues featured a thick clump of orange pubes; mottled, veiny skin; a saggy ass; and a member so diminutive that it could not be said to dangle. A plaque at Donald’s feet explained the obvious: “The Emperor Has No Balls.”

The statues went up in popular public spaces on a Friday. By Sunday they’d all been removed or destroyed. (New York City officials showed the best sense of humor about the installation, releasing the following statement: “NYC Parks stands firmly against any unpermitted erection in city parks, no matter how small.”) In Los Angeles, owners of the nearby La Luz de Jesus Gallery took it upon themselves to protect the monument to minimalism, dragging it into one of its public exhibition rooms, where visitors young and old took selfies, mimicked handjobs and snapped photos of Don with their loved ones. One woman even posed with her crying infant, and for once “You can get that baby out of here” Trump was silent.