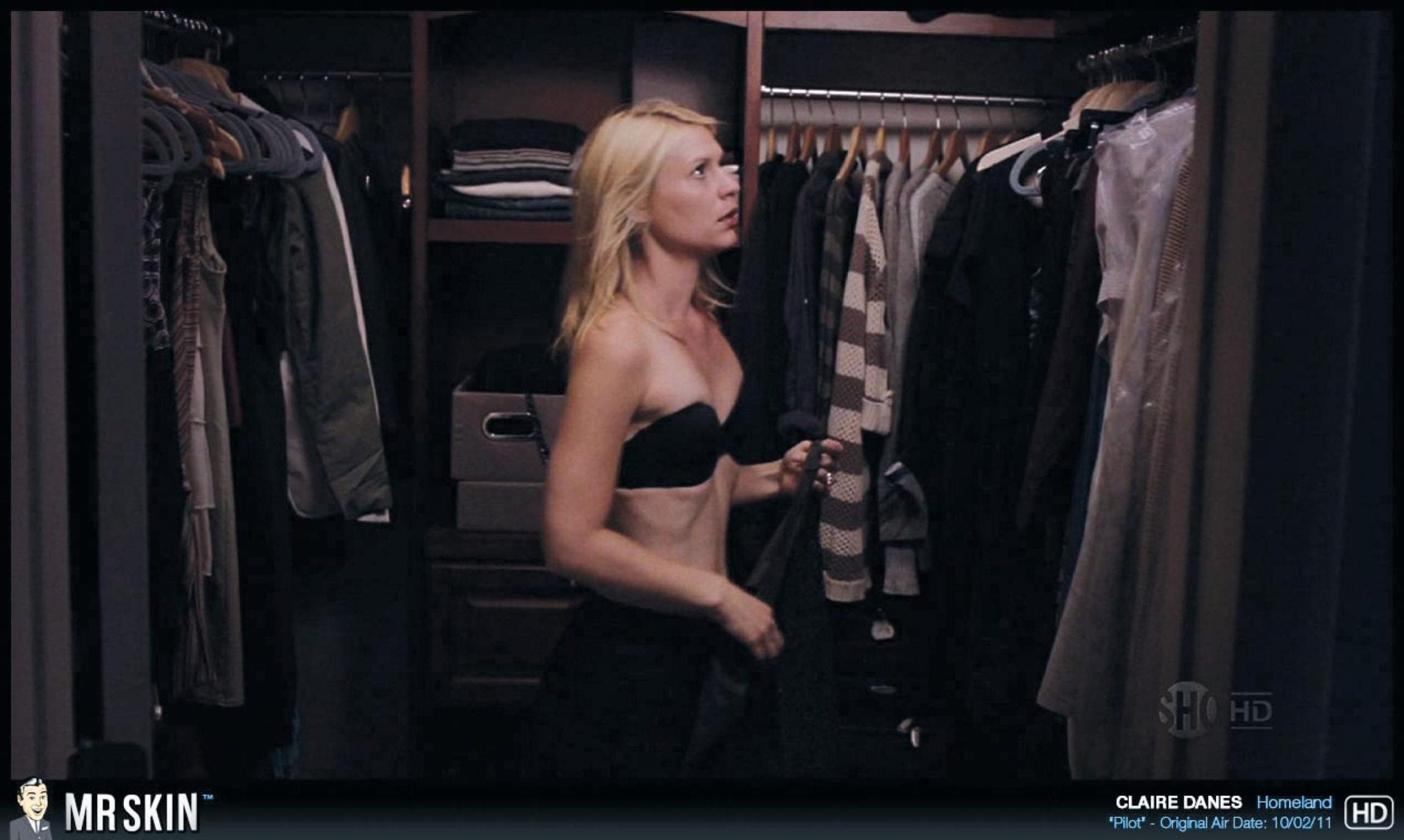 While Claire Danes is best known for her starring role as the bipolar CIA operative Carrie Mathison in Showtime’s hit series Homeland, this talented performer has been accumulating an impressive body of work over the past two decades. Danes, who’ll turn 34 in April, first garnered praise (and a 1994 Best Actress Golden Globe) as the sweet-faced star of the television show My So-Called Life. In 2011 she grabbed another Golden Globe for her work in Homeland.

In the years between those triumphs, the modest Ms. Danes provided audiences with an occasional glimpse of her own globes. But she sure made us wait. It wasn’t until 2004 that Danes finally rewarded her fans with some onscreen skin. Stage Beauty featured her as an aspiring actress in 17th-century England who becomes increasingly desperate for an opportunity to take the stage. The film marked the first time Claire’s perky boobs appeared as her co-stars.