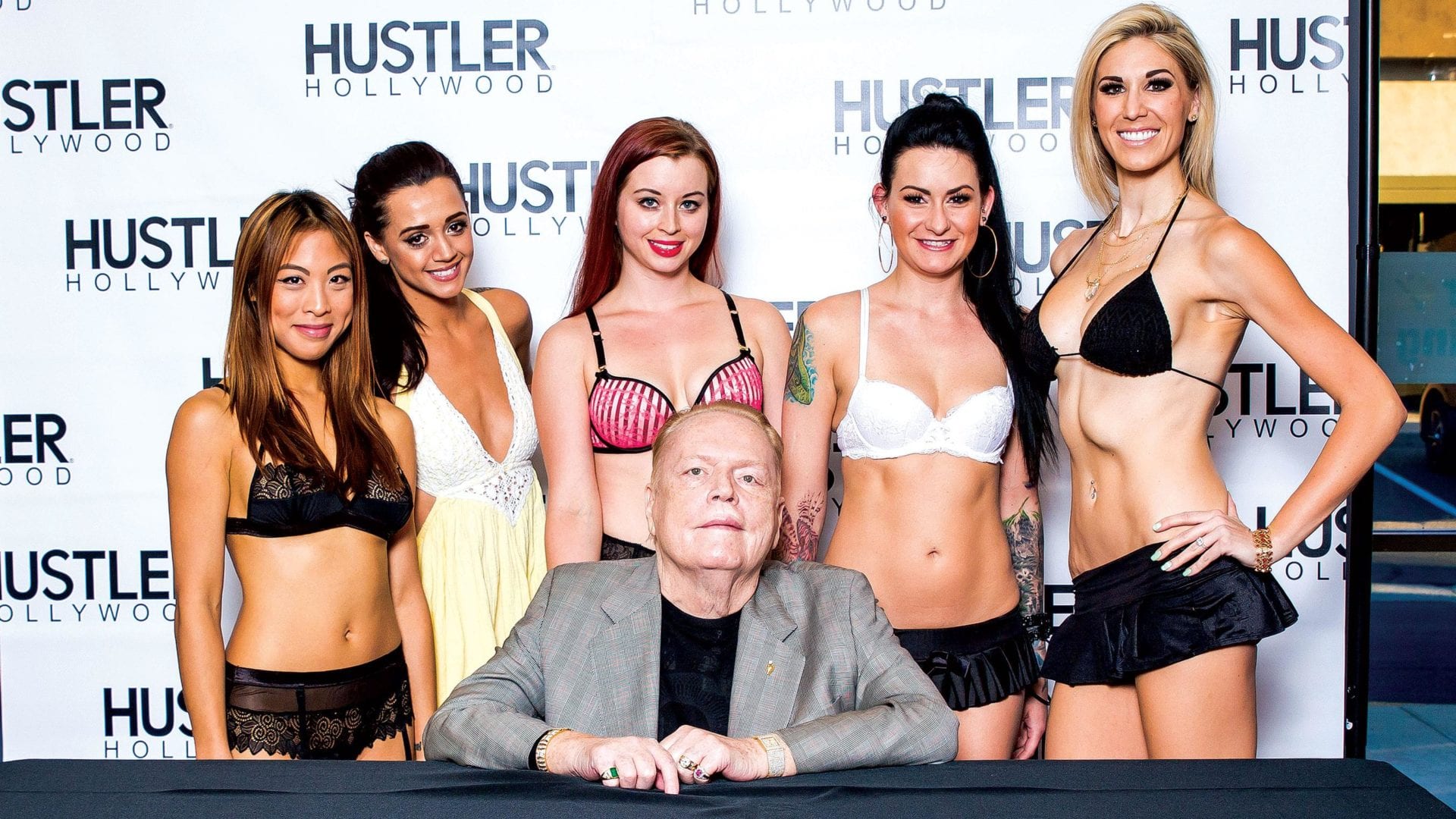 Temperatures in Phoenix, Arizona, hit record highs this summer, but extreme heat did not deter locals from celebrating HUSTLER Hollywood’s grand opening. Beautiful women arrived wearing their hottest lingerie to compete in the Honey Search, but the winner of the $500 store shopping spree and HUSTLER Magazine appearance just happened to be passing by. “It was a very slow day at work, and I was a bit annoyed I wasn’t making money,” says Carinna, a 27-year-old dancer. “I saw the store and decided to stop to cheer myself up with a little shopping. I’ve worked at several HUSTLER clubs up and down the West Coast. Arizona is the first state I’ve lived in where there were no Larry Flynt clubs or stores, so I was very happy to see this store open.” A sales associate spotted Carinna and suggested she enter the contest. “Initially I said no,” Carinna recounts. “I wasn’t prepared and was dressed in sweatpants and flip-flops. But when they said Larry Flynt would be making an appearance, I decided to stay. I’ve always wanted to meet him.”

Carinna’s decision to hang around paid off. While she was waiting, she found an outfit to wear for the contest, and was personally selected by Mr. Flynt to be HUSTLER’s first Phoenix Honey. “I wasn’t as dolled up as the other girls, so I didn’t think I’d win at all,” she recalls. “It was very shocking when I did!” Like many in attendance that day, for her the biggest thrill was meeting Mr. Flynt in the flesh. “I was giddy before he even got out of the car. I got to kiss Larry on his cheek, and I couldn’t get over how soft his skin was,” she confesses. “And feeling the weight of his gold jewelry on his hand when he congratulated me on winning—wow!” Judging by these photos, the delight was mutual.