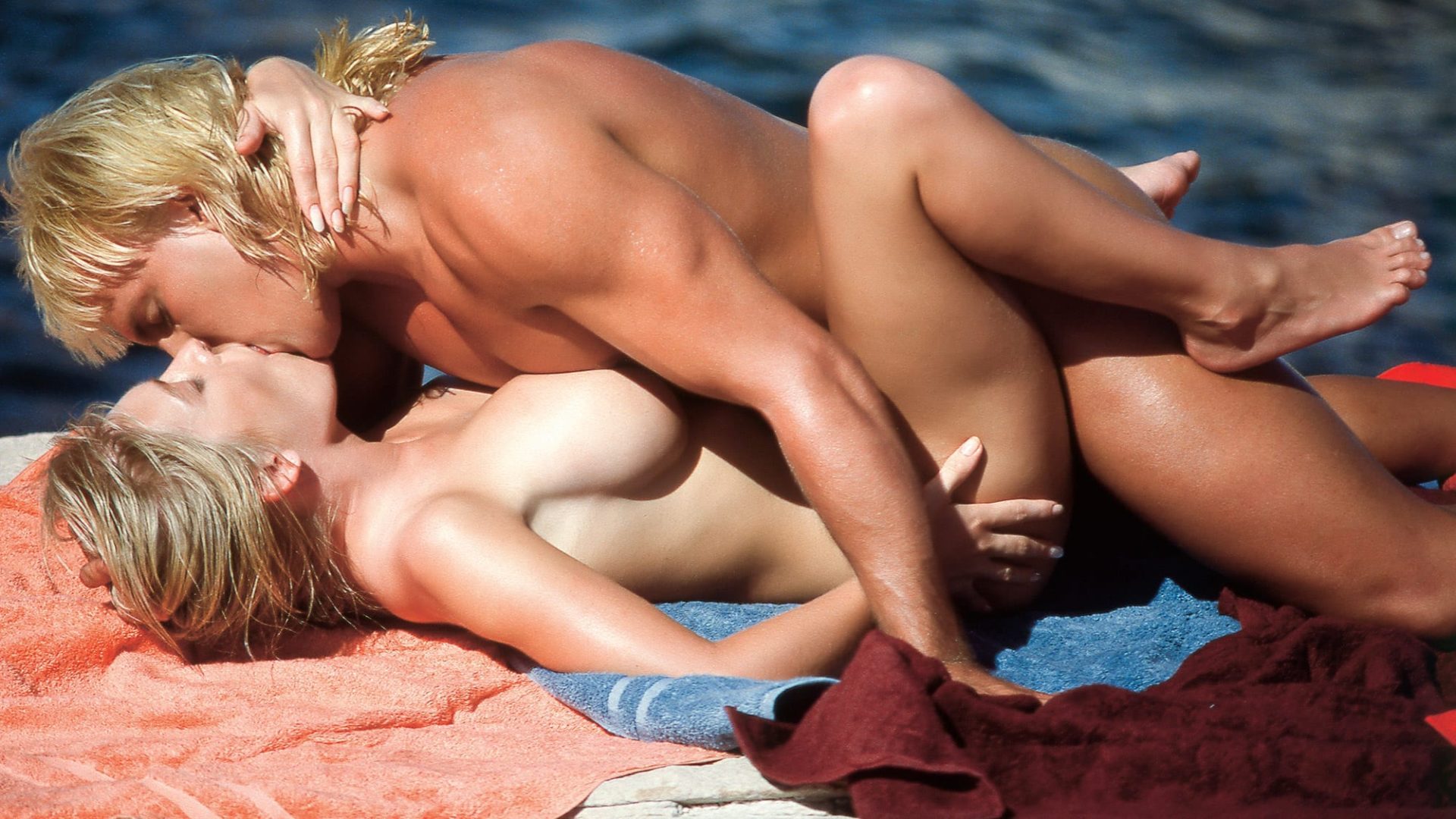 You’ll hear tall tales from Texans, but when it comes to cock tails on the rocks, Luke and Luann spin yarns that weave anything but clothes—like the story about their trip to breathtakingly beautiful Lake Powell, with cliffs as steep as the cant of Luann’s ass and as towering as her titanic tits, and valleys deep and wet, like Luke’s favorite chasm.

The primal splendor of it all immediately made clothes seem out of place, and soon they were out of sight. Then, the Lone Star lusters claim, Luke was inspired to daredevil feats, like diving off 100-foot cliffs, then muff-diving between Luann’s legs without a net—or a comfy air mattress between rugged rocks and the Texette’s tush. Luann grabbed for a handhold as secure as a longneck beer bottle as she and Luke perched perilously on the ledge of lewdness. Finally, they claim that they went over the edge—but only orgasmically. Yeah, sure, you two—the next thing you’ll tell us is that you’ve got it all on film.

Don't miss out! Sign up now to receive all the latest news and updates, plus exclusive previews of our next print issue, delivered straight to your inbox.
Hardcore since 1974
Advertise | Become A Model | Parental Blocking | Compliance Statement | Terms of Use | Privacy Policy | Notice of Collection of Personal Information | Digital Ad Terms | Contact Us