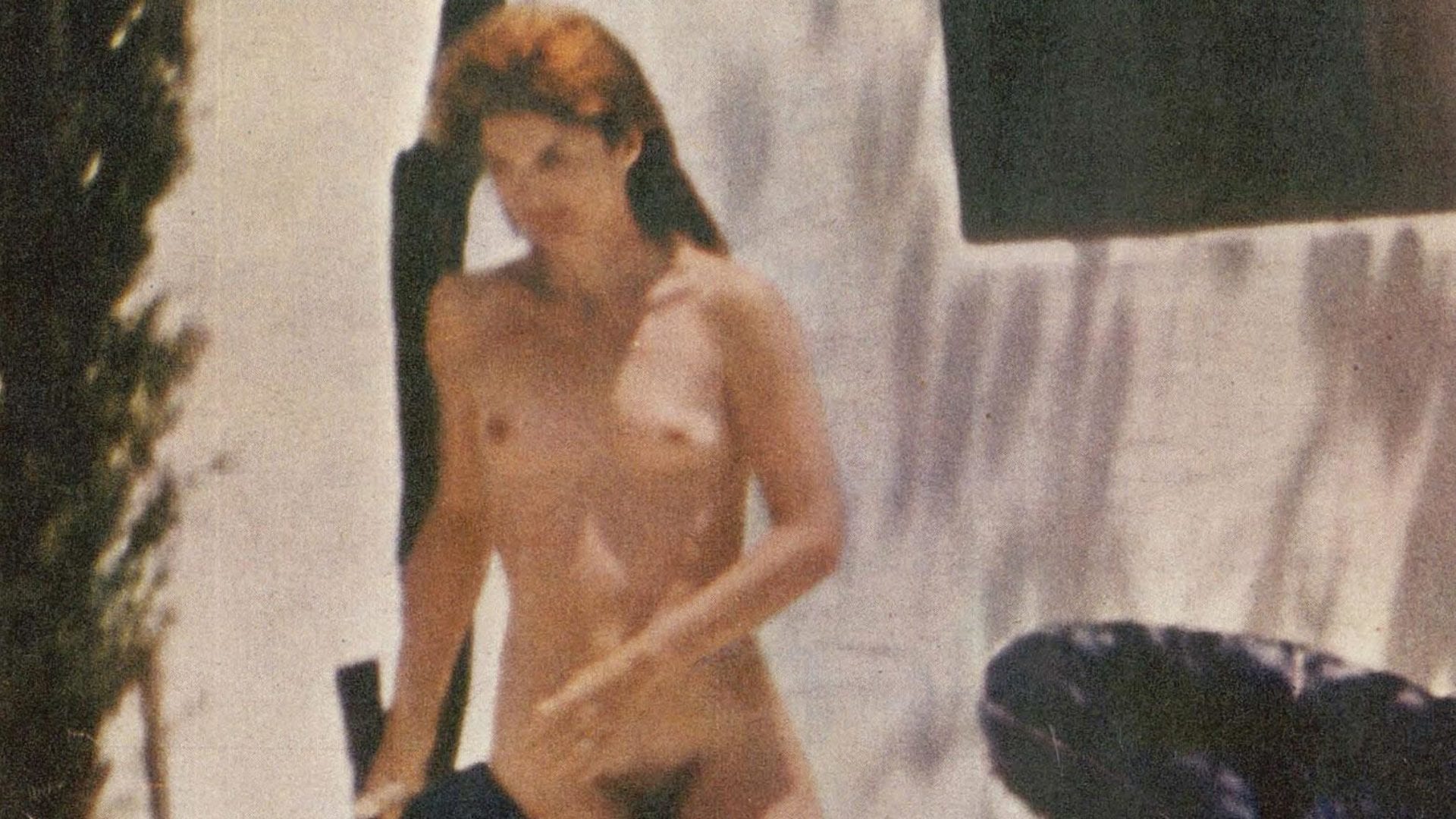 When will Americans end their obsession with Jackie O? Never. The iconoclastic First Lady has forever been fawned over for being beautiful, soft-spoken, graceful and elegant. Jackie O was so perfect, it’s hard to even imagine her stooping to mundane acts like gargling or pissing. (It’s widely believed that if Jackie O did urinate, she peed pink champagne.) Which is why HUSTLER rocked the world when we published nude photos of Jackie in August of 1975. The pictures were amazing—the lithe beauty totally tanned and strutting around a Greek beach in nothing but her bush. It was Jackie as only a few choice men had seen her, and we gave the entire country a peek.

Decades later, the obsession still hasn’t ended. A new biography titled The Afterlife of John Fitzgerald Kennedy by historian Micheal Hogan exposes new secrets about America’s favorite First Lady. Hogan describes Jackie as a detached, guarded person. She spent “obscene amounts of money” on French fashions designed specifically for her, requesting that no “fat little women [be] hopping around” in them. The book details how the Kennedys hosted raucous, raging parties. Debauchery often ensued, and one evening it’s alleged that Vice President Lyndon Johnson was so wasted, he face-planted on his way out the door. Hogan further attests that Jackie O smoked like a chimney and developed an addiction to amphetamines.