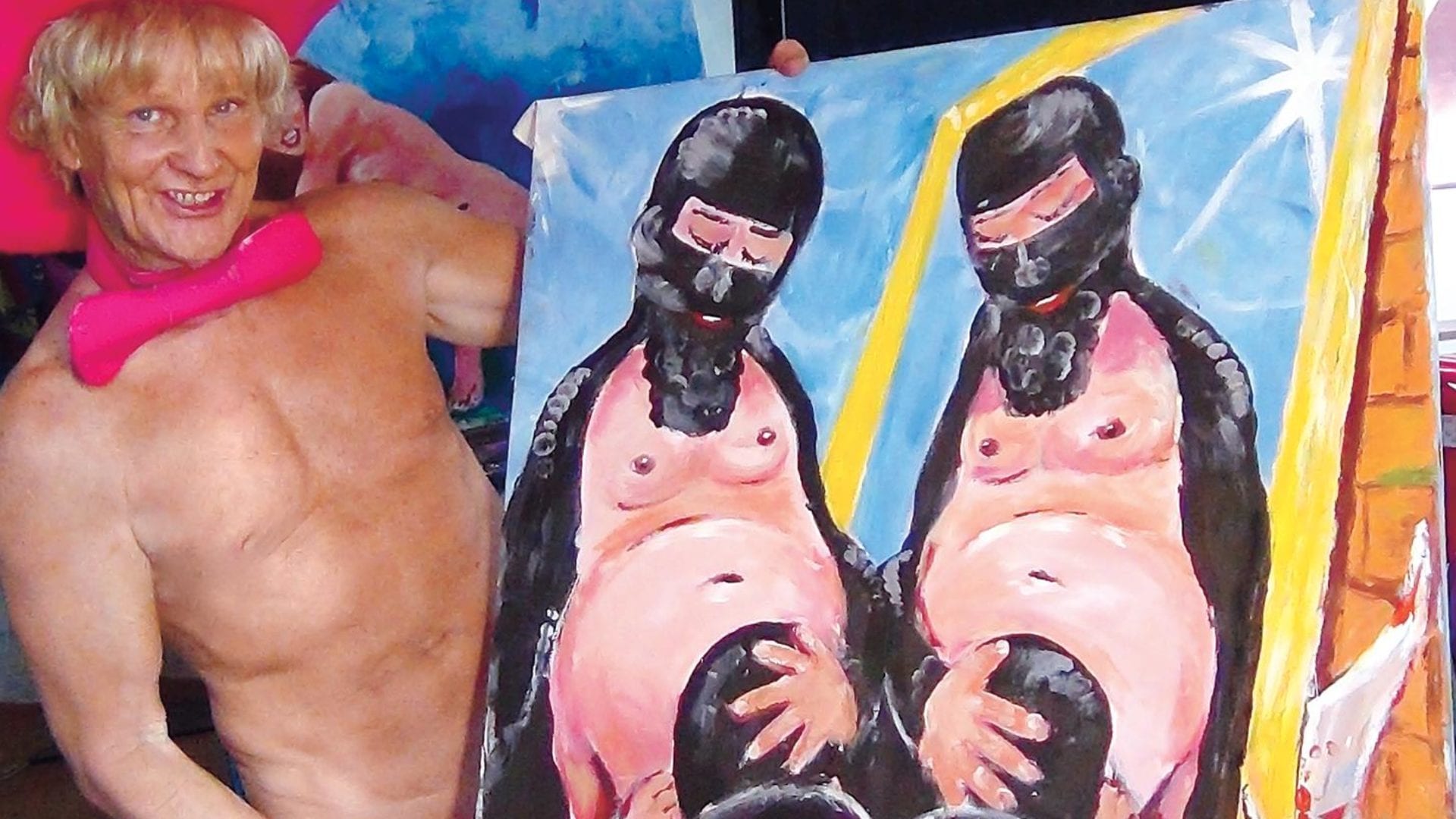 Sure, your penis is talented, but not as talented as Tim Patch’s. Patch, an Australian artist who goes by Pricasso, creates about a thousand portraits and landscapes a year using only his penis, scrotum and butt. For over a decade he’s wowed crowds at Sexpo Australia, and now the world is finally getting a boner for his work. This past year Patch has been featured everywhere in print and online, and his stroke-by-stroke live demonstrations have developed a worldwide following.

A carpenter by trade, Patch, a former art school reject, began doing charcoal portraits at a local farmer’s market after his second marriage went down the drain. When he saw how much people enjoyed watching the process, he got the idea to try penis portrait painting. “I kept the idea to myself. I thought people would think I was a bit strange,” Patch tells HUSTLER. “I practiced at night. It was a fun way to brighten my solitary sex life.” He confided his new hobby to friends, who encouraged him to take his prick public. “I’m basically a shy person,” Patch confesses, “so I didn’t think I could do it. A friend suggested I create an alter ego.” Voila! A star was born!